The unit is equipped with an external input connector that supports a 10MHz signal that allows it to be connected to a rubidium clock or GPS clock for even higher precision. External clock jitter is reduced using an original circuit design that incorporates a high-performance video clock generator engineered with a FPGA and a PLL (phase-locked loop) circuit with a discrete filter. This enables a stable clock signal to be provided to the video/word outputs, improving system stability. 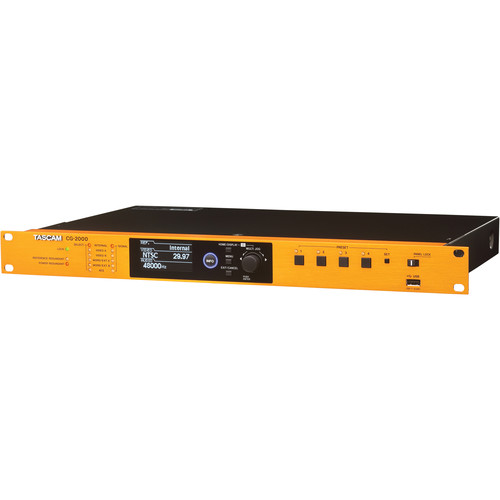 In addition to twelve Wordclock outputs and four video outputs, the digital outputs include two AES3/AES11 and two S/PDIF outputs, making this unit useful for large-scale audio/video synchronization systems and a wide variety of other applications. Of the twelve Wordclock outputs, two also support x2 Fs, x4 Fs and 256 Fs output, enabling them to be used in systems with Pro Tools and other DAW software.

The GC-2000 provides redundancy for the power supply and the video/audio clock, as well as alarm outputs in the event an error occurs. Amphenol BNC connectors on the chassis use nuts for coupling for extra durability, along with a single circuit board used for each connector. This provides good resistance to the twisting and pulling of cables, and the suppression of interference between connectors. 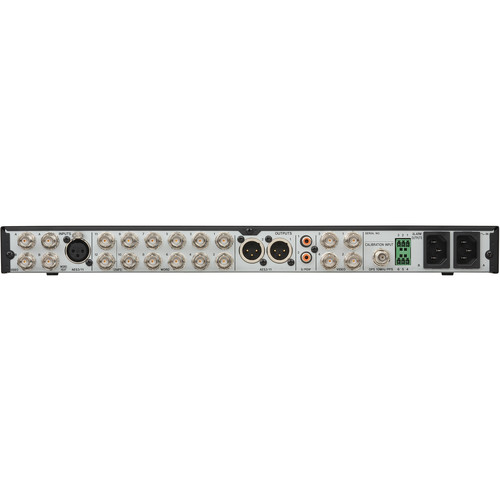