Record MP3s to cassette tape—and vice versa—with Tascam’s CD-A580, a multi-purpose recording/playback device which handles cassette tapes, CD files of multiple types, and USB flash media. Taking up 3 RU of rack space, the device is suitable for use in installation and professional scenarios, sports RCA line inputs and outputs, a 1/4″ headphone jack with its own volume knob, and an LCD display, giving you readouts on levels. 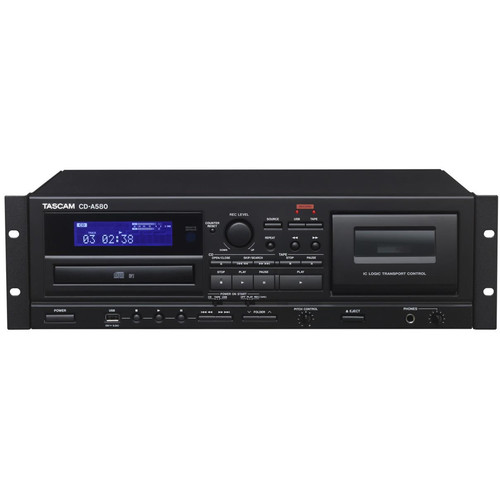 The cassette deck is capable of both playback and recording, capturing files from CDs and the USB flash drive. On the cassette side, you can control the pitch of playback within a window of ±10%. As for the CD player, audio CDs, CD-RWs, and data CDs containing MP3 files are all supported, with a variety of playback modes provided, including Program, Single, and All. The USB flash-drive recorder can capture MP3 files from the CD player, the cassette deck, and line-input sources. Furthermore, you can play MP3 files with this device, playing back in Shuffle and Program modes. A remote control is included, so you may operate the CD-A580 at a distance. Batteries for the remote are also provided. 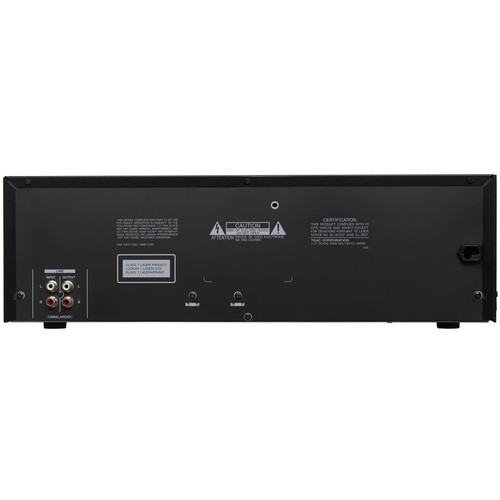